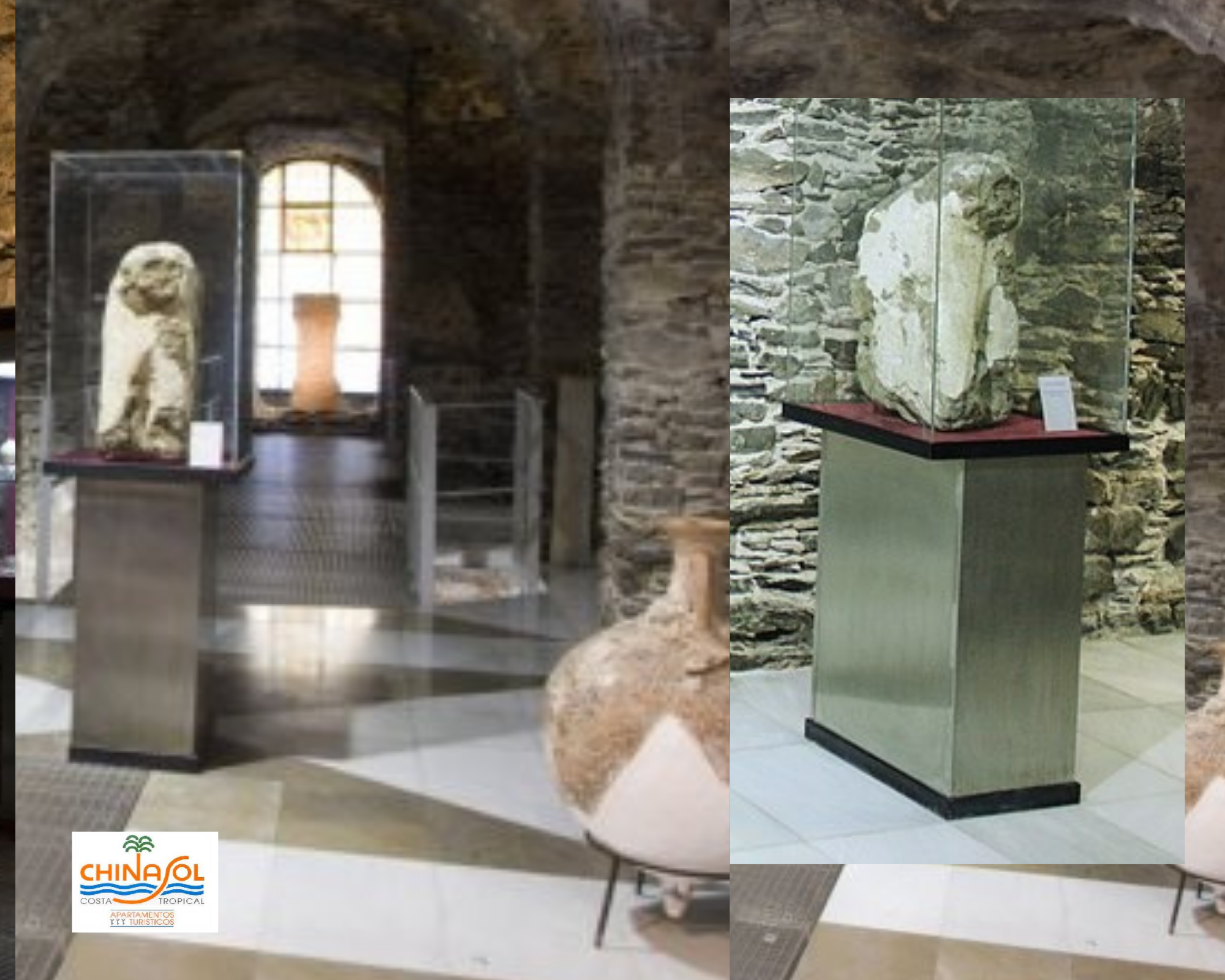 CAVE OF THE SEVEN PALACES

Among the various cultural monuments that took place in Almuñécar, it is worth highlighting the well-known Cueva de los Siete Palacios, which in 1931 was declared an Asset of Cultural Interest.
Today, this place is the seat of the Municipal Archaeological Museum . It is located in the Barrio de San Miguel, in the historic center of Almuñécar.
The Cave of the Seven Palaces is an underground cavity in which its interior is made up of a large stone vault along with seven smaller ones from Roman times. In them you can see remains of the historical past and unique archaeological pieces that have been part of the different cultures that have inhabited Almuñécar. However, from an archaeological point of view, the star piece is an Egyptian vase from the 17th century BC that has hieroglyphic inscriptions carved on it that indicate that it belonged to the time of Pharaoh Apophis I. These inscriptions are considered the oldest written text preserved in the Iberian Peninsula.
The unbeatable location of the CHINASOL APARTMENTS , located on the beachfront of Playa de San Cristóbal, is the best option to stay and be close to all the monuments of the old town that Almuñécar houses. This Museum is just a 15-minute walk away where you can enjoy a trip to Roman times. An essential visit that you cannot miss. We will wait for you!!

Thank you for subscribing to our newsletter

Thank you very much. An agent will contact you shortly.